Taking SA hard rock to the next level!

Black Pistol are one of those bands that prove that the SA hard rock scene is very much alive and well. I first heard single “Call To Arms” by chance on the SA Rock Essentials playlist on Spotify, and I fell in love with the song so much that I insisted on interviewing the whole band for the podcast. The chat was super insightful and enjoyable, and really highlighted the brotherly love, banter and musical synergy that exists between these four insanely talented dudes!

The Cape Town band has been going strong since 2015 and shows no sign of slowing down one bit! The band have so far released a self-titled EP in 2017, and a brilliant, non-stop rocking full length album called “Sins of the Father” in 2019. The album’s production – headed by SAMA-nominated producer Jo Ellis at Blue Room Studios – is crystal clear, yet in your face – as though you were headbanging in the crowd to them at a live show (oh, don’t you miss those days?) The collection of songs on the album – which were written and recorded in a very short space of time, according to the band – are played with the raw energy and riffage of AC/DC, the technical skill of Guns ‘N’ Roses, and the shreddage of Metallica. Overall, the album makes of one epic listening experience and makes you want to hit the repeat button over and over!

Check out the band’s music and social media pages at the buttons below: 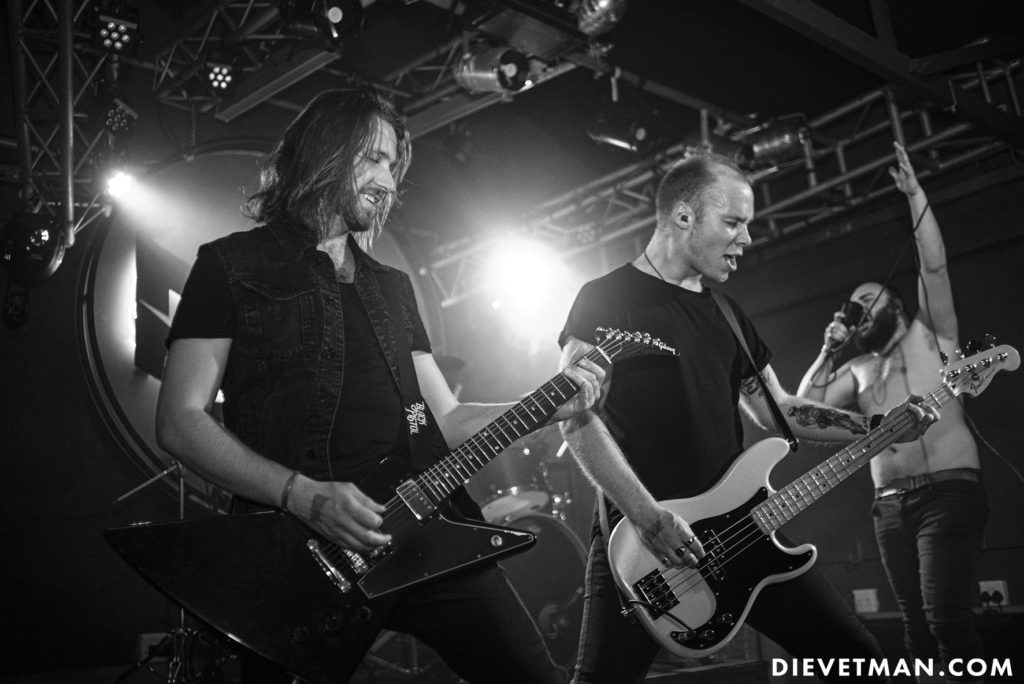 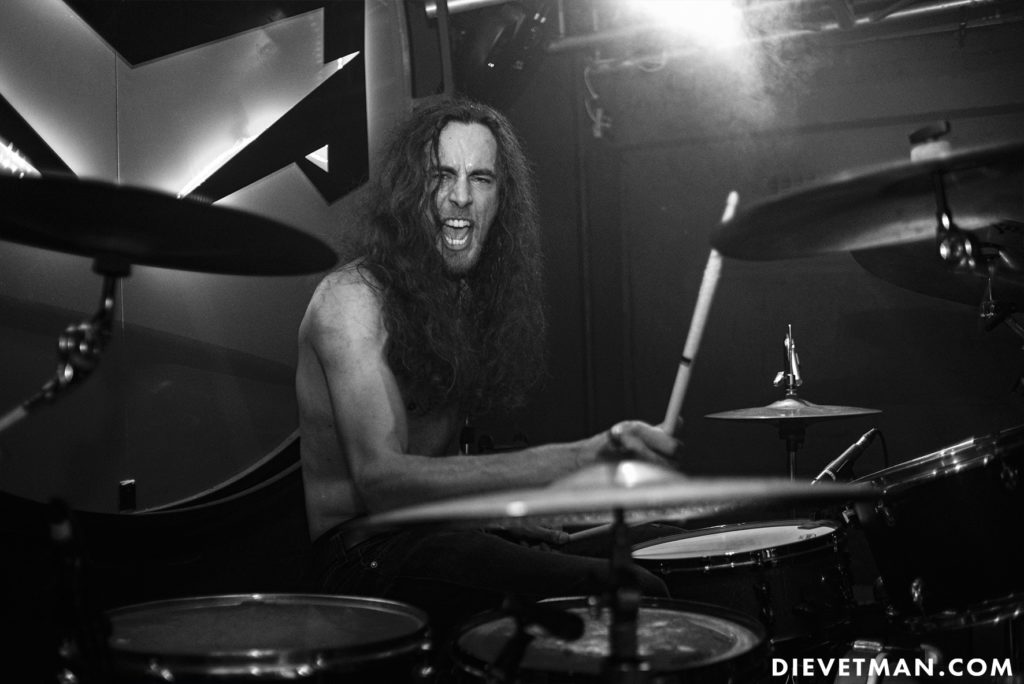 Time Machine: Daniel smashing the skins and shifting the tempo like a master. Photo credits: DIEVETMAN.COM.

“Sins of the Father” has been so well received that it was even nominated for Best Rock Album at the 2020 South African Music Awards – much to the excitement and shock of the band, who have worked so hard to get to this point! They were nominated alongside other local legends such as Francois Van Coke (who won overall), The Tazers, The Plastics and Gunshot Blue. The band were nominated about a month after we did our interview together, and I was so excited for them because I truly feel this album deserves every ounce of praise possible.

Even more impressive is that the album was recorded completely live instrumentally to capture the essence of the band’s live energy and sheer rock ‘n roll power. It just proves that doing things old school in a modern world can still pay off! Listen to the podcast to find out how the band went about rehearsing for the recording the album, the recording process, and how the songwriting process unfolded!

The musicianship between the four dudes is not only expressed through their music, but also through the way they pay attention to each other’s parts. Each band member is mindful of what the others are playing to ensure their own parts wrap perfectly around the other instruments – the type of musical synergy and focus that makes for a well-oiled machine of a band that writes amazingly focused, tight and emotionally charged songs! Not to mention that the band’s guitar-driven sound of a Gibson Explorer and Flying V with a Fender Precision Bass backing it while both being played through cranked Orange amps makes for a beautiful wall of sound that hits the sweet spot of your eardrums every time! Add Stiaan’s powerful voice and Daniel’s tempo shifting drum sections to the mix and you’ve got a band destined for the big time. I can’t wait to see the heights that Black Pistol is destined to reach, and I will keep heeding their “Call To Arms” as I play “Sins of the Father” on repeat!