Meet Armand De Vries – known artistically by his initials “ADV” – an insanely talented multi-instrumentalist, songwriter and solo artist from Cape Town. We started chatting by chance last year over Facebook after he commented on one of my band’s songs, and we eventually started chatting over WhatsApp as musical friends. Needless to say, I am very privileged to know him personally because I believe he’s one of the most talented dudes I’ve ever met, and I’m just as much of a fan of him as a person as I am of his music. What better artist to interview for SAG than that?!

Earlier this year, Armand dropped his first solo EP called “Enigmatic”, after releasing a series of four singles known collectively as “The Tapes” last year (consisting of the songs “Eye”, “Dead End Town”, “I Am” and “You Said You’d Love”). When I first heard Armand’s solo material, my mind was completely and utterly blown away! While he is undeniably one hell of a guitar player and has some serious riffage and soloing chops, there’s way more to him than meets the eye. When I first listened to “Enigmatic” in its entirety followed by “The Tapes”, my ears were met with an onslaught of searing guitar hooks, pounding drums, rumbling bass and a raspy voice reminiscent of 90s grunge bands (no surprise, they’re one of his biggest inspirations!). His songwriting is incredibly focused and deeply inspired by personal experiences and emotions, with some good old-fashioned lyrical ambiguity thrown in. I’m absolutely in love with the guitar sounds that Armand has in his head – from ambient acoustic guitar parts, to wailing feedback, to heavily distorted power chords, to busting out some powerful guitar solos that serve the songs perfectly – this man can do it all!

Armand decided to go solo as ADV after growing tired of the restrictions and challenges faced with being in a band, namely creative and personality differences. But a solo project, as many solo artists can testify, brings on a whole set of its own challenges – from writing and crafting your own songs, to relying on yourself to believe in your ideas, to finding the right backing musicians to help you tour your own songs. 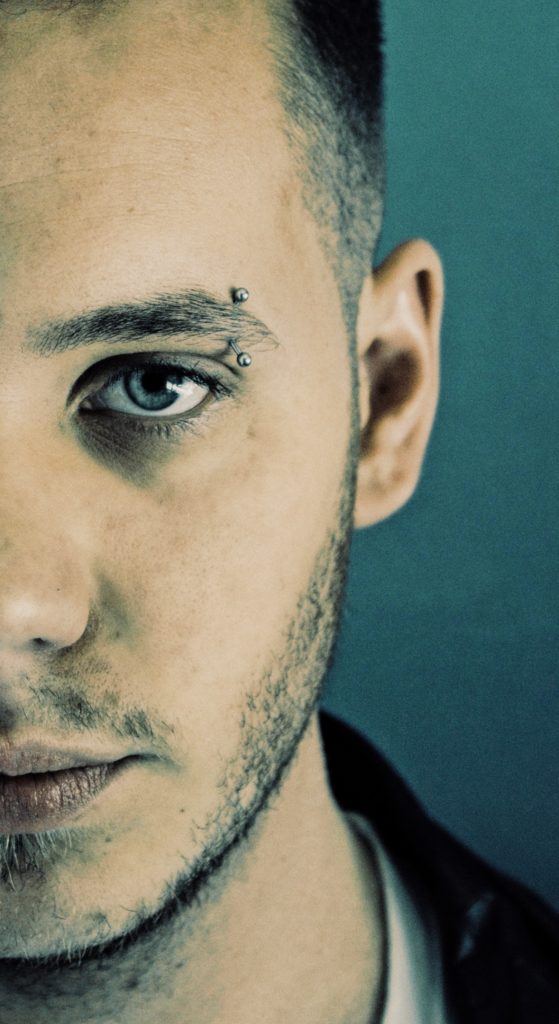 “Eye”: ADV’s music reflects his soul as much as it makes you look into your own. Photo credits: Jacques Viljoen.

However, he seems to be thriving and in his absolute element when writing and recording on his own – which makes his music even more incredible considering that he has written, recorded, produced, sang and played every instrument on every single song he has released to date. And not only has he written a collection of seriously awesome, well-crafted and meaningful songs; the production quality of his music is super clear, expansive and sounds as huge as the 80s rock albums he grew up listening to. It’s even more impressive considering that he has recorded everything in his own room with his own gear and basically no sound proofing! Before I knew that little fact, I assumed he had recorded in a professional studio with a professional engineer; turns out he IS the professional who makes whatever he has available to him work to his advantage. Go stream his music at the links further down the page to hear what I mean! 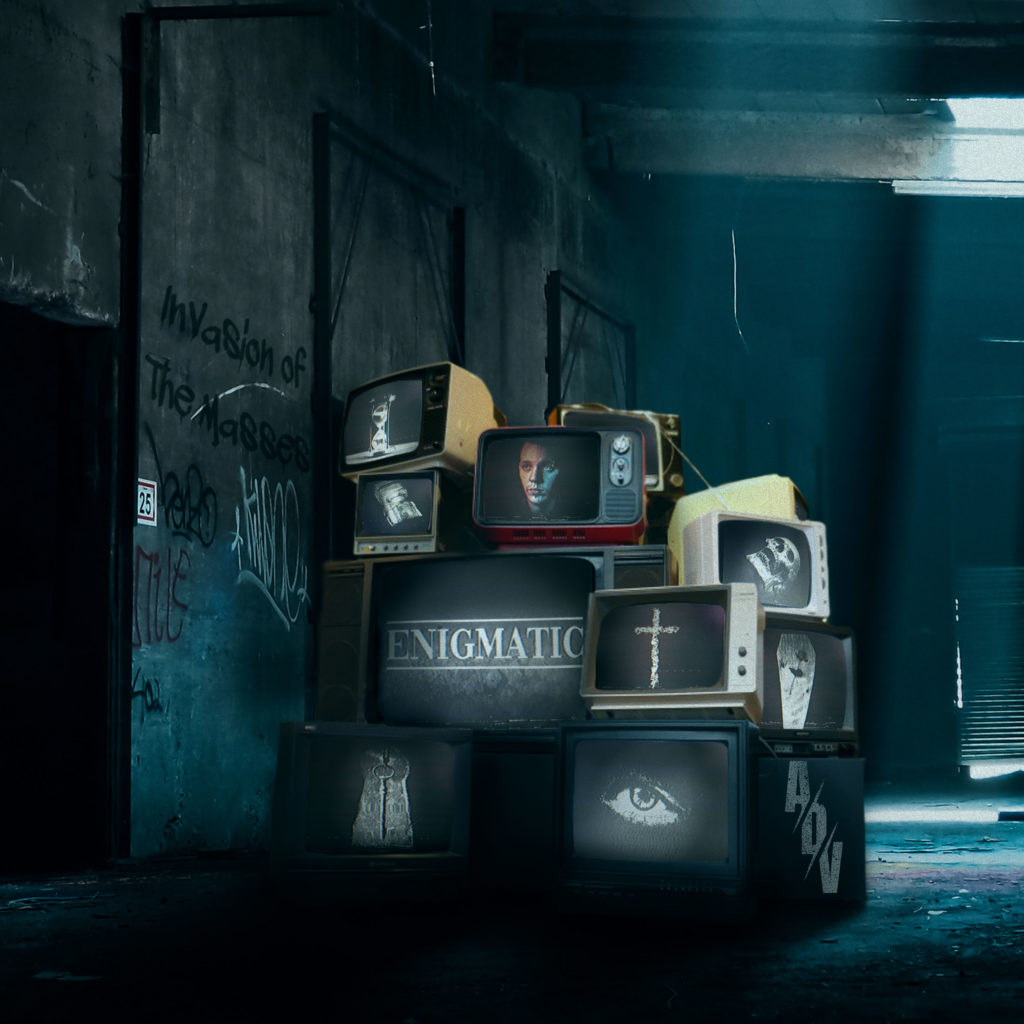 “Enigmatic”: a reflection on life and emotions through riffs and grooves

ADV’s latest four-track EP “Enigmatic” dropped earlier this year and continues the sonic direction he’s been following since releasing his first four singles last year. Listening to this release, you can simply tell that this man oozes talent and shares his innermost thoughts through his music in the most expressive way possible. Each song is jam packed with deliciously distorted guitar riffs, perfect vocal harmonies to express every possible mood, rock solid drum grooves, and an impassioned voice that ties it all together.

“No One Knows” kicks us off with some scratchy clean guitars setting the tension for the album that suddenly breaks into a thickly distorted main riff that gets your blood rushing and that you can’t help but headbang along to! The vocal melodies are very infectious and memorable and you easily find yourself singing along after a few listens – definitely the perfect opener for this release!

“A Little Bit” brings a twangy acoustic country-Western vibe complete with beautifully layered vocal harmonies throughout the song that shows how much thought and attention to detail ADV puts into his songs. Think about it – as a solo artist, you’ve got to account for every little sound in your head that you want to come through the speakers, and it can be very easy to get hung up on how one instrument or part sounds that might make you forget about another. But listening to how every instrument, including the voice, plays a vital role in each song with very fine attention to detail in the mix makes you admire and appreciate the musicianship and production skills that ADV has to offer. One of my personal favourite touches to the song is the tremolo-laden guitar that makes you groove along to the drums in perfect time. I also love the perfect little guitar solo in the latter half of the song that just puts the cherry on top!

“So It Seems” is filled with slick classic rock riffs and grooves that make you feel like you’re suiting up for a dangerous top-secret mission and slipping on your best shades as you slo-mo walk towards the Batmobile (**cringy fanboy moment, over**). The glam rock-style drum groove reminiscent of “Uprising” by Muse that drives the song backs the incredibly catchy guitar riffs and gets to a very anthemic chorus of “So it goes in circles and you’re spinning again…”. The circular feeling of the song will certainly make you want to play it again and again!

“1000 Keys” is definitely my favourite track for the awesome guitar sounds scattered throughout the track! Starting the song off deceptively slow with an arpeggiated guitar part with a wacky tremolo effect, the song suddenly picks up the pace and breaks into a heavy distorted three-chord riff that snaps you back into the energetic feeling that all the songs have been carrying throughout the EP. My favourite part is definitely when the song breaks down about halfway through back into the opening riff but with some intense feedback and the drums giving it more ferociousness before finally breaking into a “solo” section with string bends and overlays of droning feedback that feel like a release of pent up frustrations and anguish.

But don’t get me wrong, ADV’s music makes you feel anything but downbeat! The rawness of his music while keeping a very high and solid production quality strikes the perfect balance of an artist who wants to convey authentic emotions while showing that his sound engineering skills and musical visions are top class! I personally can’t believe he’s not more known on the local scene than he currently is – I feel he deserves to be hailed as one of the most talented underground truly solo artists on the SA alternative scene today! If you haven’t listened to ADV’s songs yet, do yourself a huge favour and go stream his stuff on any streaming platform you wish – you’ll thank me later!

Check out ADV’s social media pages at the buttons below: