For his second solo instrumental release “Howling Rush”, Ryno Theron takes us on a sonic journey of ambient soundcapes and melodic grooves that keeps our ears hooked from start to finish. After establishing himself over the past 20 years as a prominent metal guitarist on the Durban music scene, many might be quite surprised to listen to Ryno’s solo work and hear something that’s quite the opposite. Nevertheless, you’ll feel rather uplifted after listening through to it the first time (of many!), and may even find yourself listing a few personal favourite tracks by the end!

Ryno’s chops and playing skills as a metal guitarist are embraced in an entirely and beautifully different context on this album. Substitute the distortion pedal for some expansive delays and reverb, and combine it with fretboard tapping, string slapping and arpeggios and you create something truly artistic, emotional and uniquely South African sounding.

Ryno’s intoxicating sense of creating memorable guitar-driven melodies can be heard throughout the album too – a few stand out tracks for me including “Sparks” (the album’s first single), “In The Groove” and title track “Howling Rush”. Using the guitar as the primary melodic instrument in the music and as a substitute for vocals opens a door of creative guitar ideas only limited by one’s imagination – in Ryno’s case, literally! From going through a period of rough writer’s block to then being overwhelmed with too many song ideas all in the space of two years, writing and recording the album had its challenges and tough choices. Luckily, album producer Daniel Philogene was able to help Ryno choose to develop and record the best of his ideas to create a musically coherent album that exceeds expectations.

Even more exciting is that this album includes many special guest artists and collaborators on various songs of the album. Such artists include Ashvin Laljit, Ben Bruzas, Craig Borrill, Julian Letard, Nathaniel Bruzas, Ron Howse, Ross Tapson, Ryan Rud, Siya Ngubo and The Area Kid. They each truly help bring Ryno’s songs to life in their own special ways, so listen out for them on the tracks and have your ears blessed! 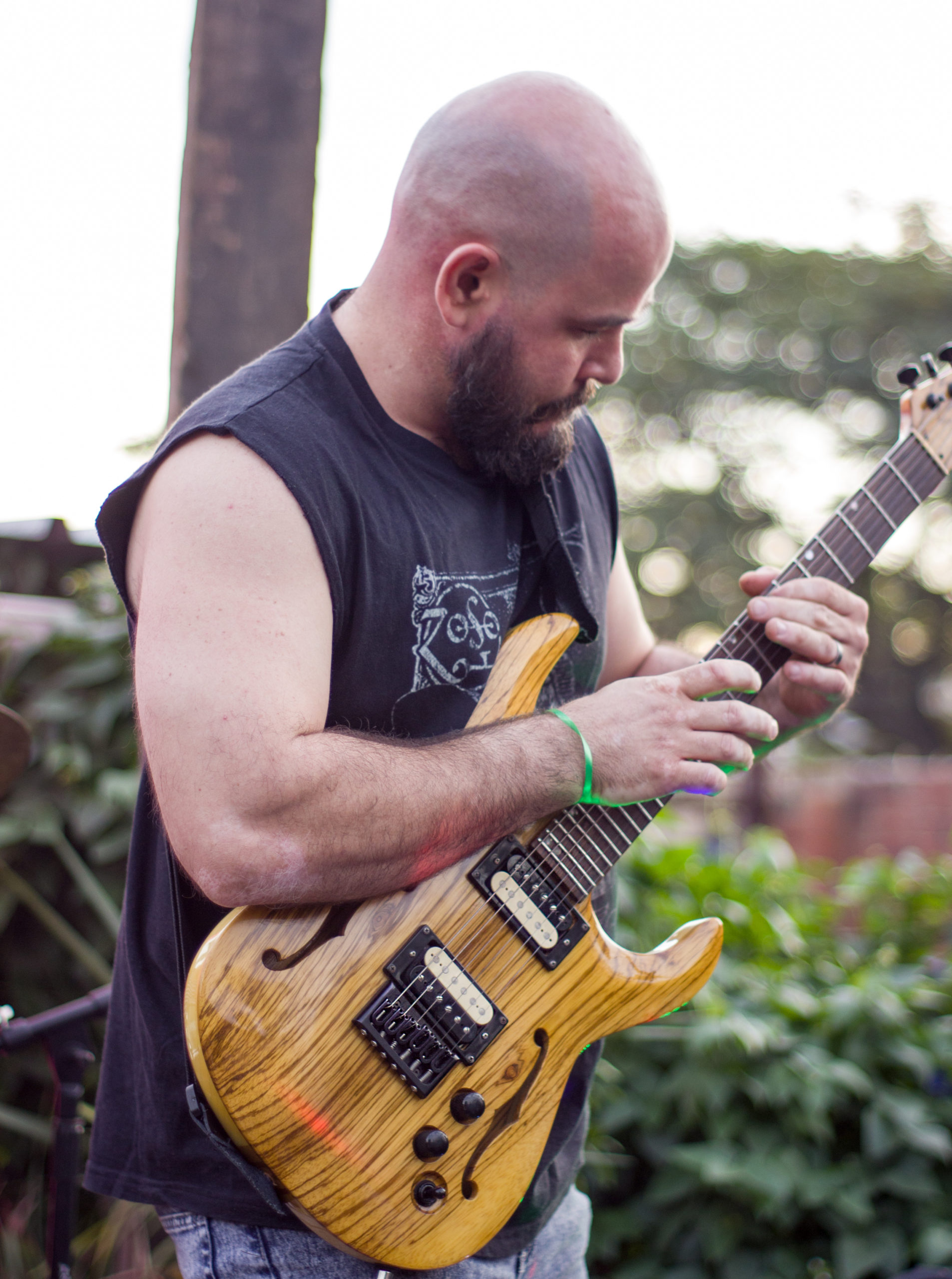 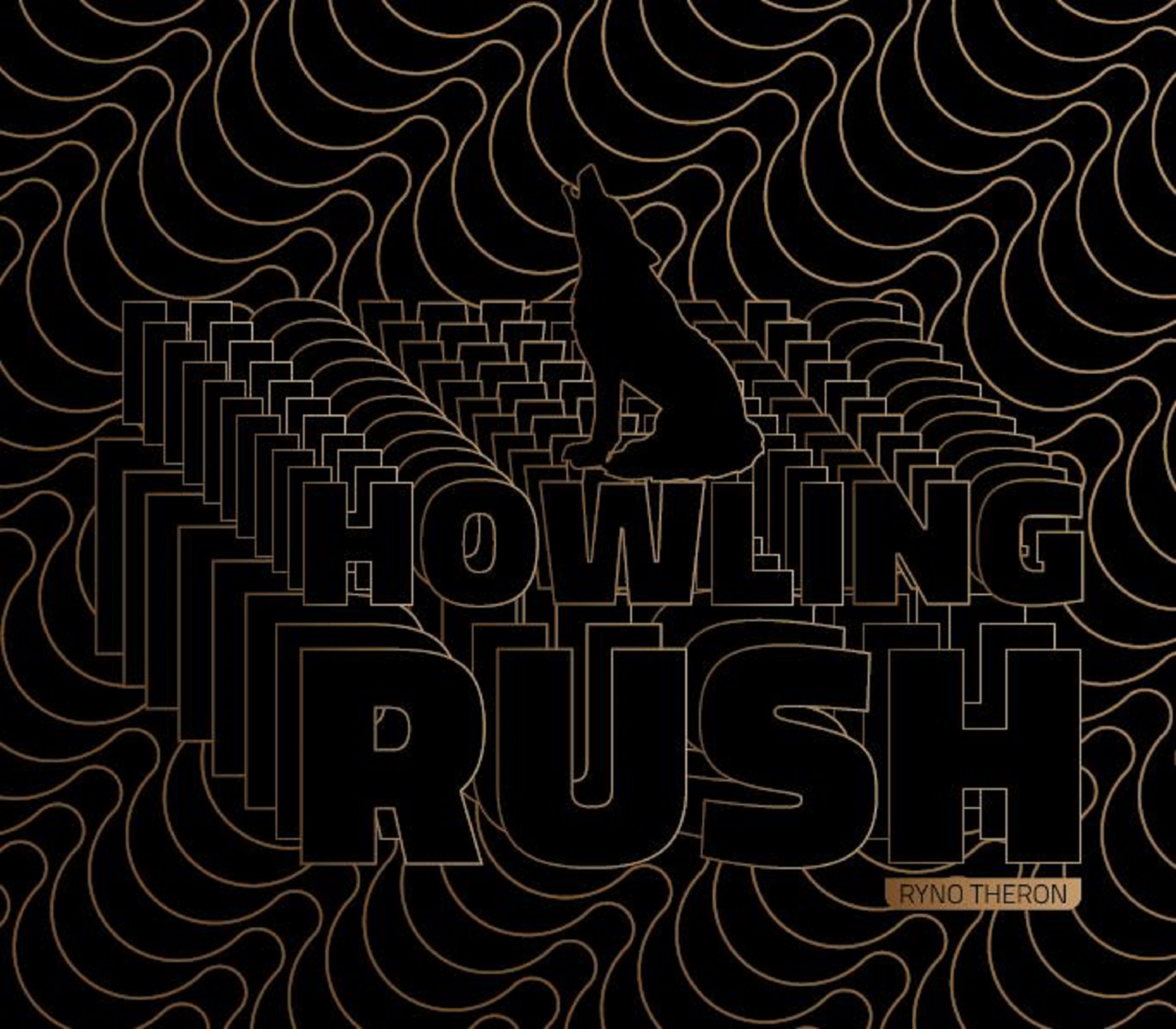 SA Guitarist is extremely proud and excited to join forces with Devographic, Alain Smith Guitars and Ryno in an exclusive, once-off competition that Ryno is hosting in celebration of the release of “Howling Rush”!

To enter, you simply have to answer an easy question: What is the first single off of “Howling Rush”? (Hint hint: we’ve been playing it on all of our recent Instagram stories, and Ryno also mentions it in the podcast – be sure to go listen to the podcast to find out what song it is!)

Email your answer to bookings.rynotheronmusic@gmail.com before the 1st of August 2020 to enter. Winner will be drawn randomly on the day.

Of course, Ryno’s signature guitar is his beautiful “Amyris” semi-hollow electric guitar that was handcrafted and custom built by Alain Smith of A.S Guitars. To oogle over the guitar’s beauty and hear about the specs of this uniquely South African guitar (and why this is so), be sure to listen to the podcast and also watch our special YouTube artist feature video on Ryno that can be found on this page. Special thanks to Devographic for helping to create the awesome video!

Check out Ryno’s social media pages at the buttons below: