From Guitar Hero to playing lead in a well established

Des has been playing guitar for more than a decade. He’s been in and out of quite a few bands, but it’s the band he started a few years back with two of his childhood friends that’s really getting him noticed. He plays lead for the Cape Town based band Runaway Nuns. They recently released a new album called ‘Spit’. The second album in a space of two years. Anyone that enjoys garage rock / post punk vibes must listen to this album, it is definitely up there amongst the best albums that have been released this year so far.

Funny thing is Des was inspired to play guitar after playing guitar hero. He found a rogue guitar lying around in the house which only had one string on it. He tried it out, one string and all, and the bug bit him!

As he got into playing the guitar, naturally the music taste evolved, as these things do. Matt Bellamy from Muse influenced his guitar style a lot. Des managed to get his hands on the HAARP DVD and pretty much had that on repeat for as long as possible. Seeing as he didn’t have access to the internet at the time, this kept him inspired for quite a while and helped shape his style. Of course it didn’t end there though. It’s nice to hear the wide variety of music that has inspired him, bands such as Led Zeppelin, Rolling Stones, Red Hot Chilli Peppers, Pink Floyd, White Stripes, Black Lips, Smashing Pumpkins, Oh Sees, Green Day and more. Brilliant music, I can definitely relate to this! 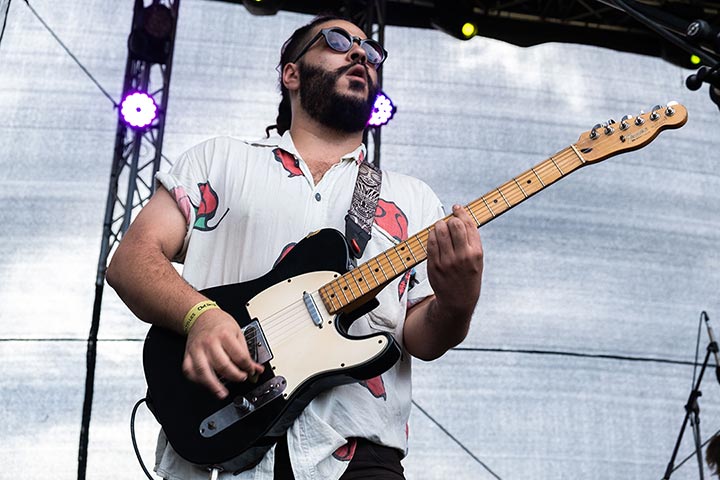 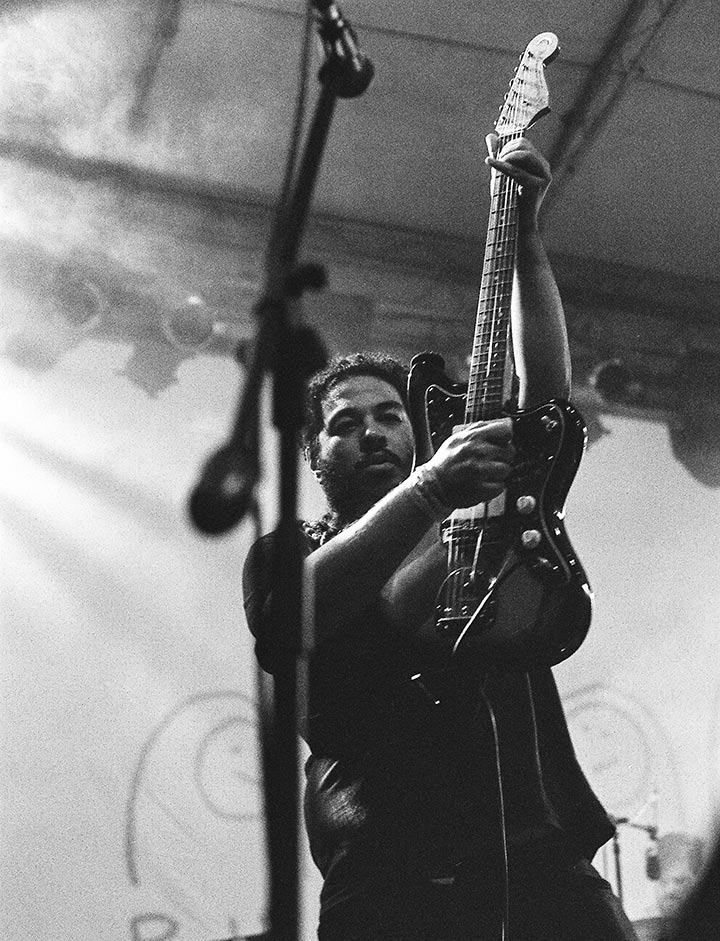 You would think that Des is obsessed with Boss DD6 pedals and you might be right. In fact the running joke amongst his band mates and close friends is that Des would be happy if he had a pedal board full of DD6’s. Reason being he has two DD6’s on his pedal board. I had to have him explain this to me and you will need to listen to the podcast episode to get the explanation 🙂

His amp of choice at the moment is a Peavey Classic 30 and his go to guitar is a Mexican Tele ‘92. The tele is interesting in that the strings aren’t threaded through the body like most telecasters. So it’s just a solid block of wood with the strings on top. Apparently it has really nice string tension. He also recently bought a mid-90’s Jazzmaster. Unfortunately it’s stuck at the rehearsal room and with the covid-19 situation Des hasn’t been able to fetch it.

He seems to be quite the hoarder of gear. Listen to the interview to get the scoop on the rest!

Lots of dirty reverb, overdrive and an Epiphone Casino

Q: Ask him why he’s such a legend.
A: It’s the rest of the band that makes me a legend, it’s not me.

Q: Ask him how much he practices. Also he shreds.
A: I can’t remember the last time I practiced hard, like went through finger-work or technique. Which is bad, but again, it’s kind of like the same approach we have with the band [to have goals, but keep it laid back with no high expectations and just have fun]

Q: Ask him about “Us and The Flys”
A: This was a high school band. I was staying with a foster family in my last couple of years in high school. It was just me and my two foster brothers on guitar, bass and drums and it was an instrumental band. Not one was keen on singing and we were quite happy for it to remain an instrumental band. You learn a hell of a lot more about your instrument when you play in an instrumental band, it pushes you. I had a little taste of the music scene back then, although there were only a couple of places that would allow us to gig at their venues because we were between the ages of 15 and 17.

Q: What is your favourite effects pedal?
A: If I had to choose one pedal for life it would be some kind of dual boost thing, an overdrive with a boost button. I would say that’s my favourite pedal design.

Q: Ask him what’s his favourite podcast? – This was an interesting discussion, it would be too hard to transcribe that part, you’ll have to listen to the podcast 🙂

Q: How many cans of beans does he consume per day?
A: I don’t really eat beans, but I’m inspired to eat some now!