The SA band that let us try some, and kept us coming back for more…

Zam Boney and Ben Van Wyk are the dynamic guitar duo of one of the coolest melodic punk rock bands in South Africa right now, Weed Dealer. Unless you live under a rock and/or exclusively listen to Mozart and techno (who said tastes can’t be eclectic?), I seriously doubt you haven’t at least heard the utterance of their band name or a snippet of one of their phenomenal songs on your friends’ Instagram stories within the past year. Weed Dealer has become a beloved band on the SA music scene in a pretty short space of time, and their music has fascinated me ever since their debut EP, “The Chain” dropped last year May. In fact, they were one of the first bands on my personal “To Interview:” list when I joined SAG in February, and I was chuffed that I finally got my chance to speak to Zam and Ben about the band!

One of the first things that intrigued me during my chat with Zam and Ben was that all the members go way back and have known each other for many years from playing in bands on the SA punk, metal and hardcore scenes together. Ben and Richard (referred to throughout the interview by his surname, Staub) met in high school and first started jamming in bands together at age 16. After high school, the two played in bands such as The Dead Will Tell and Conqueror together. Zam also played in Conqueror – which is how the three guys all became good friends – and he has also played with various artists and bands of various genres as a member and a session musician, such as Satanic Dagga Orgy, The Slashdogs, Laurie Levine and Wandile Mbambeni, to name a few. Etienne has played lead guitar in the band Wrestlerish, and Marty has performed in bands such as City Bowl Mizers, Meth Breath and Young Hands. The guys finally came together to form a “supergroup” of sorts when Staub phoned everyone up to form a new band together, and the mighty Weed Dealer as we know it was born!

Something that really stood out for me when the guys were chatting about the music scenes they’ve been part of for so long, is how they and many of the musicians they’re friends with in other bands collectively embrace that DIY punk rock ethos. The bands and musicians on these scenes have all become very close through supporting each other on tours and at shows, and have thus formed a large circle of camaraderie, friendship and willingness to help each other out wherever possible. The guys will even go so far as to house the bands they’re friendly with from outside their province when they come tour there and give them the bigger cut of the money split at gigs! I feel this is an awesome and inspiring attitude that the SA music scene in general needs to start embracing – if we’re going to grow, we need to grow together. Take notes!! 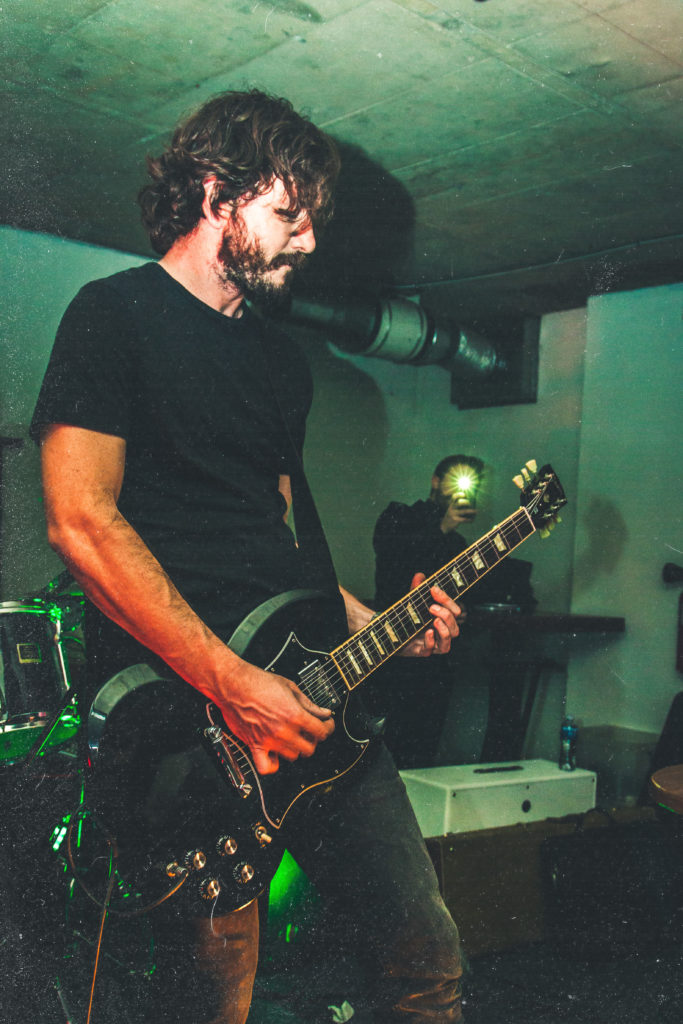 Another fun fact: four out of five of the band members are actually guitarists in their other respective bands! But for this project, Etienne decided to be the bass slinger, and Staub took the throne behind the kit (now that you’re all the more wiser for knowing that, go listen to Weed Dealer’s tracks again and appreciate the amazing multi-instrumental abilities of these dudes even more!) In turn, Zam took up the lead guitar position, while Ben took up rhythm guitar. Marty, a very talented singer with a very distinctive and infectious voice that sings about life’s struggles in a most relatable manner, took up lead vocals for the project.

The band’s songs are noticeably short, and appear to be getting shorter and shorter by the EP! While majority of their songs are about 2:50 long, one of their most recently released songs called “G.T.F.O.” (watch the epic new lyric video for it further down the page!) clocks in at a mere one minute! In fact, the longest song by the band is 3:15 – still quite short compared to the average band. There are several reasons for this trend. One being due to the band’s hardcore musical influences, where songs are written to be as short and impactful as possible. Another reason is that Staub and Etienne are professional songwriters and producers, and Staub has even written commercial jingles, which are professions that require a musician to hone in on refining their songwriting craft. This experience has boiled over into Weed Dealer’s songwriting, and has resulted in some incredibly catchy and punchy hooks and melodies that have captured the minds and hearts of us all. The fact that there are four guitarists in the band also means that there is constant melodic collaboration and refinement going on, and all the members contribute to the lyric writing too.

The band also isn’t too fussed about rushing to record and release as many songs as they can in one go. They’d rather take their time to write well-crafted and meaningful songs and make sure that the recorded versions are as perfect as they can possibly be before finally blessing our ears with them. Their first EP, “The Chain”, consists of just four short, punchy and incredibly moreish tracks that ends in just over ten minutes. This made us hit that shuffle button over and over on this EP so that we listened to each track at least five times because we loved them so much – and sure enough, that re-playability factor racks up a lot of streaming plays! To give you an idea, “Note To Self” has over 3 400 Spotify streams, “Common Taste” has over 3 900 streams, “Wasting Your Time” has over 4 100 streams, and “Algorithm & Blues” has a whopping 6 200 plus streams! And that’s JUST Spotify…!

Zam and Ben like to keep things simple for the Weed Dealer sound. Ben usually plays his Gibson SG both live and in the studio. During the recording of “The Chain” EP, he played the SG and a Fender Strat through a Marshall JCM-2000 through an Orange speaker closed back cabinet and Zam’s Fender Princeton amp with no pedals. Zam used his Gretch Anniversary on “Common Taste” and his trusty modded Mexican Fender Telecaster on all the other tracks. As a true Boss man, Zam also makes use of a vintage Boss CE-2 analog chorus pedal, a vintage Boss DM-2 analog delay pedal, and a Boss JB-2 Angry Driver for his overdrive tones.

The guys also share anecdotes of how they acquired their favourite guitars, share some useful gear tips and touring advice and talk about their live tones – you’ll just have to listen to the podcast to find out more! 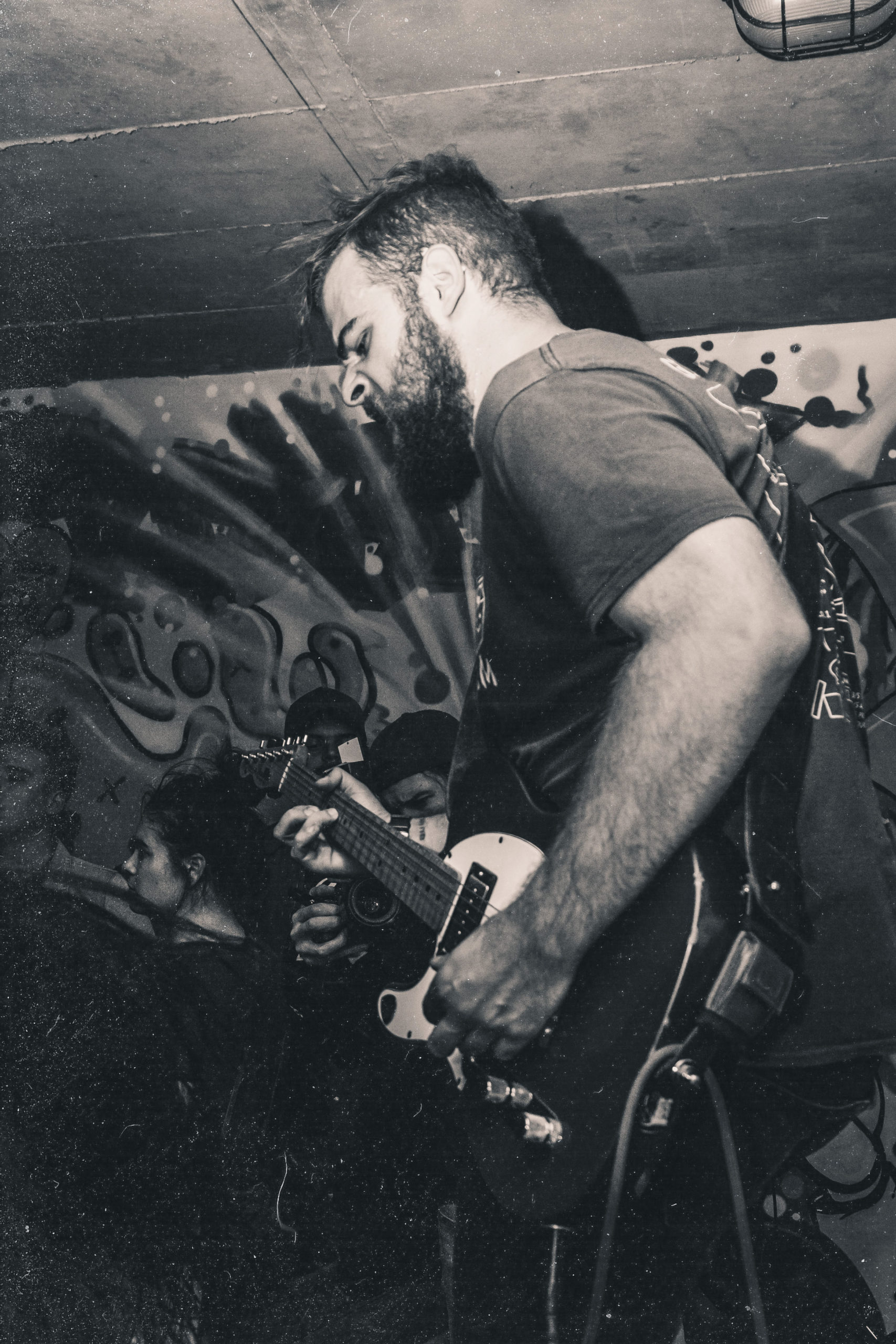 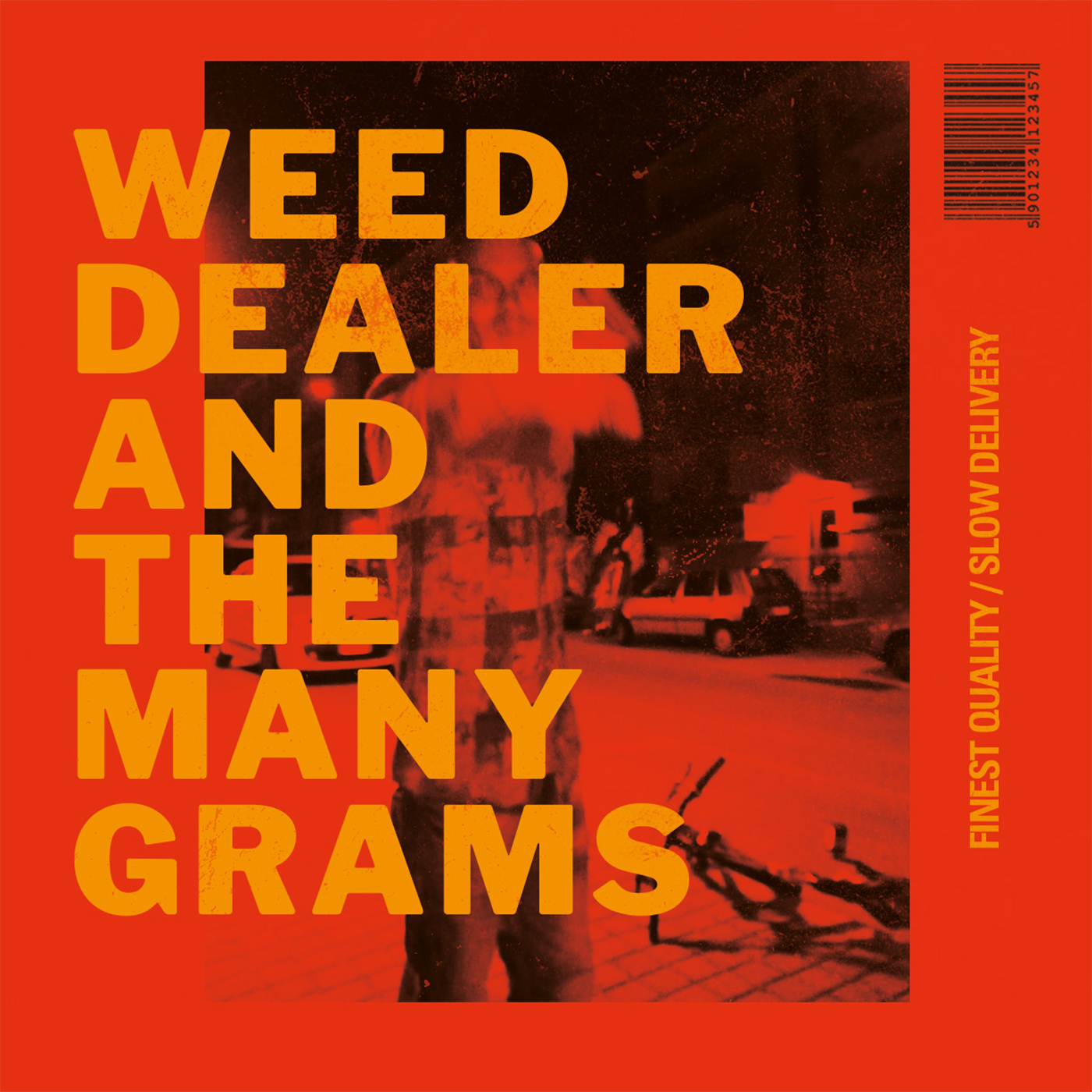 “Finest Quality / Slow Delivery”: A brand new split-EP with The Many Grams from Italy!

Weed Dealer’s new release sees them teaming up with Italian punk rock band The Many Grams to produce a six-track EP of ear-melting greatness! The idea to create a split-EP came about due to the band’s relationship with Samall Slander, who is the festival organiser of Venezia Hardcore Festival which takes place in Venice, Italy. Weed Dealer was actually scheduled to play the 2020 edition of the festival, but it was unfortunately postponed due to the COVID-19 pandemic. Despite this unfortunate shortcoming, the band decided to release three brand new songs and, at the suggestion of Samall, shared the release with three new tracks from The Many Grams – who were also scheduled to play the festival.

Both bands really come together and deliver on tight, infectious and catchy songs! The choice to put these two bands together on a split-release was a fantastic idea, and I love seeing South African bands branching out to bands from other countries to collaborate in such interesting ways. Even cooler is that Samall Slander sings a blistering , guttural coda on Weed Dealer’s track “The Price of Progress” – another awesome and creative form of collaboration from half the world away! I look forward to seeing how the relationships between these bands and with Samall grows and nourishes over the years, and also for both bands to release even more awesome music in the near future! Be sure to check out the lyric video for Weed Dealer’s new track from the EP called “G.T.F.O.”, and check out The Many Grams’ social media pages at the links below and show them some South African love and support too!

Listen to the podcast to hear them complain about sound guys who refuse to turn up the reverb on the mics!

Check out Weed Dealer on their social media pages at the buttons below:

Check out The Many Grams on their social media pages at the buttons below: