Marcelle and I have been friends for a relatively short time since late last year, and we first met when he actually extended the olive branch to me saying he was very keen for his Afrikaans rock band, Bloumoord, to jam with my band after checking out our Facebook page. Right off the bat, I knew he was a like-minded guy to me who wanted to make friends with the people on the scene in other bands, and we’ve got on like a house on fire ever since. And even more so when I got to see his absolute sheer guitar talent and shredding skills in the flesh for the first time. I highly suggest you read this article; this is a dude you should keep an eye on!

I sat down with Marcelle (for his first ever artist interview!) to chat on Lockdown Eve about his early days as a guitarist, his many musical influences (including how his awesome “rocker” parents passed their music tastes on to him), and about Bloumoord and their latest (and a second soon-to-be released) track!

A shredder who also understands simplicity

Marcelle is, without a doubt, one of the most talented and kindest people I’ve ever met on the local music scene. He plays guitar just as well as (if not better than) any of the players he admires. And yet, he’s also the kind of dude who genuinely will take every compliment you give him on his mind-blowing playing with humble gratitude as though he doesn’t fully realise how awesomely talented he actually is. It’s this balance of talent, passion, humility and willingness to succeed while supporting others that makes him a unique artist that you don’t get the privilege to mingle with everyday.

His influences range from country to rock to metal to Afrikaans rock and everything in between. And he’s got a left hand with speed that the average player (myself included) would die for. Just go watch one of his Facebook guitar solo cover videos to see what I mean – or just listen to the solo of his band’s self-titled track, “Bloumoord”, and thank me later. However, he knows when to let loose and when to hold back – and this plays a key part in what he describes as essential to the Bloumoord musical style and songwriting: simplicity. He can play rhythm just as well as he can play lead, and being able to switch between the two on demand when you’re the sole permanent guitarist of a band is a powerful and flexible skill. I have no doubt that he’s going to go down as one of the best and most important guitarists of the new generation of SA bands and SA music in general! 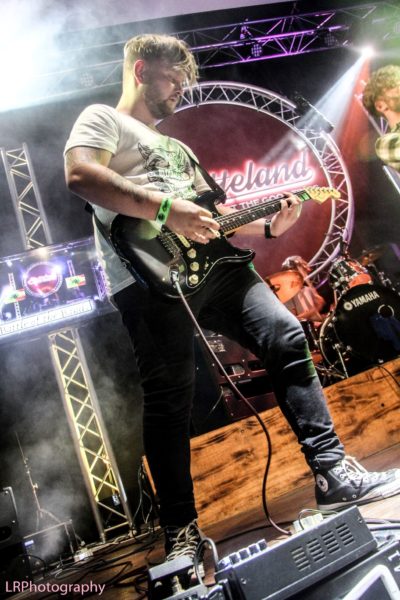 In the Stat-osphere: Marcelle in action onstage at the 2019 Platteland Battle of the Bands. Photo credits: LRPhotography. 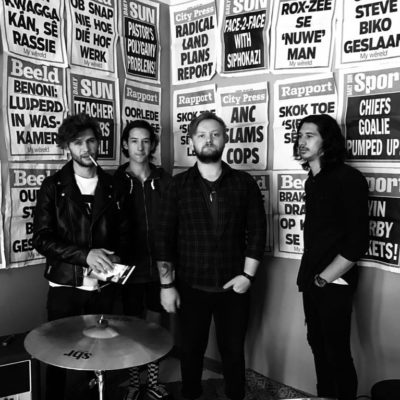 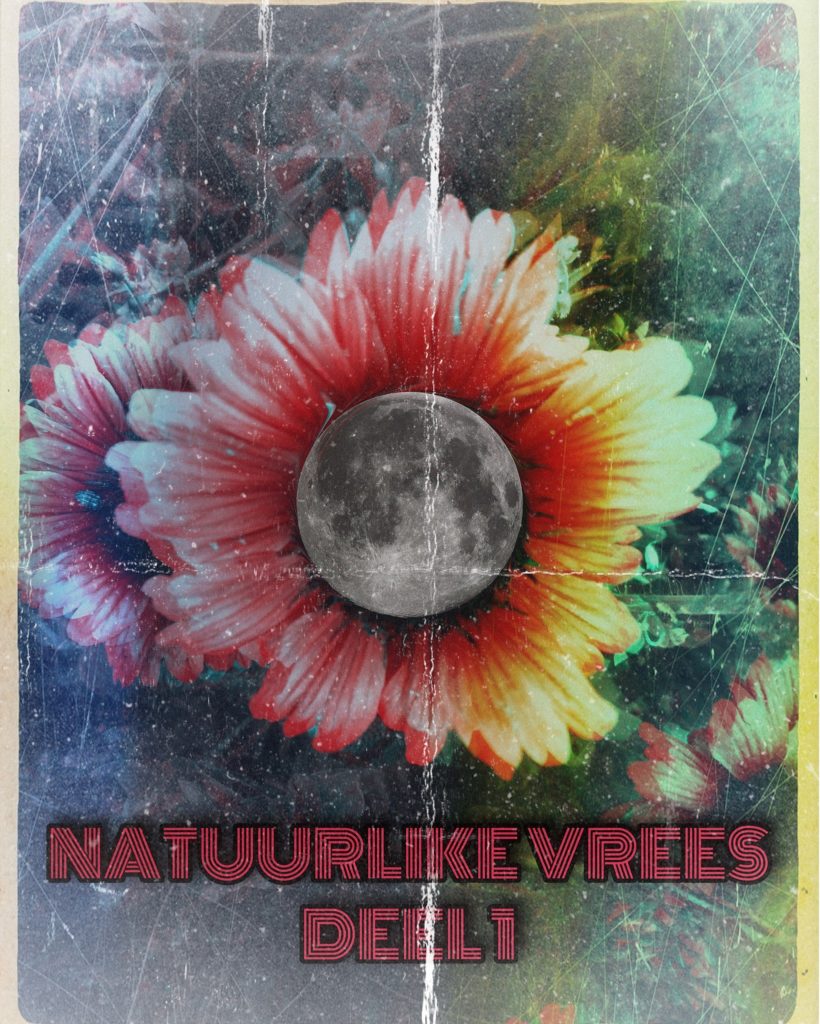 It’s safe to say that Marcelle and his bandmates – the Enslin brothers – are going to be very well-known musicians sooner rather than later. Bloumoord has already been getting a lot of attention and praise from people on the local music scene, by both Afrikaans and English-speaking music lovers. And despite being just over a year old on the scene, the band has already achieved a lot of very awesome feats in a short time!

For starters, Bloumoord have already recorded a 7-track EP and two singles over 2019, each at a prominent local studio. Their debut, self-titled effort was recorded at Van Coke Studios; a decision they made after deciding to cobble every last penny they could to afford the recording fees at the studio founded by one of their biggest local musical heroes of two of their all time favouite bands, Francois Van Coke of Fokofpolisiekar and Van Coke Kartel. The band then, late last year, recorded their two latest songs at the legendary B Sharp Studios with the legendary producer JP De Stefani, which includes their brand new single “Natuurlike Vrees Deel 1” (watch the music video on this page – this song hits me deep in the feels and brings a tear to my eye, so go check it out!) and the soon-to-be-released “Befokte Dae” coming out on the 15th of May (you can hear a sneak preview of it if you listen to the podcast – it’s a real headbanger!)

The band was also selected to perform at Misty Waters 2020, alongside some amazing local acts, but the festival has since unfortunately been postponed due to the COVID-19 pandemic. I certainly hope they’ll be performing at next year’s instalment of the festival because these guys deserve every bit of hard-earned success they get! I’m very proud to be friends with Marcelle and the band, and very excited for the band’s bright future.

“Almal skree Bloumoord!”… We certainly all will be at next year’s Misty Waters!

Check out Bloumoord on their social media pages at the buttons below: