Chatting to these guys gave me a sense that they are definitely in this for the long run, and coming together to form Indie Dog has ultimately been the plan for a long time coming. Listen to any of their songs for a few seconds and it’s easy to notice the strong 90’s influences. Fans have likened them to the Red Hot Chili Peppers & Pearl Jam, which they admit makes a lot of sense as these bands have definitely been a big influence on them growing up.

The first time Seb and Kian started jamming together they actually booked time to record in a studio which ended up being a flop, because no one had set any of the gear up. In true rock’n’roll spirit the guys just started jamming for fun. Kian ended up writing the riff for the song “Ode to a Friend No Longer” right there and then, on the spot and it stuck with the song.

At the time of recording this interview the band had just come out of studio. They recorded 3 songs which they’ll be releasing as singles once every few months. Catch their latest single release called “You’re Free” on Spotify or any other digital platform. The guys have a lot lined up for 2020!

Listen to the interview here

What I love about these guys are how easy-going and down-to-earth they are. For most of the band’s career so far Kian’s been rocking a Squire Tele on a Line 6 amp with a Vox Wah and a Hall of Fame reverb pedal. He’s recently acquired a Strat despite the fact that he’s never really been a fan – he admits that he’s been converted! 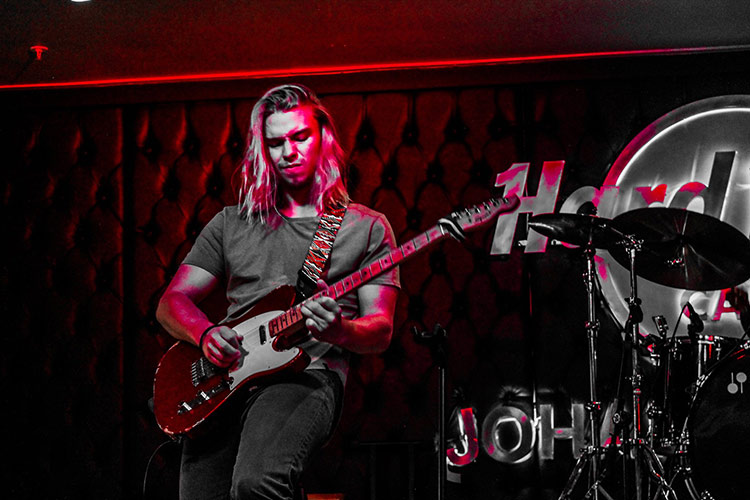 Seb is more of a Les Paul fan and the two can get into some heated debates about which guitar is better. However, they both acknowledge how great the sound gels with a high-end Strat or Tele’s lead riffs cutting through a Gibson’s mid-range rhythm progressions. 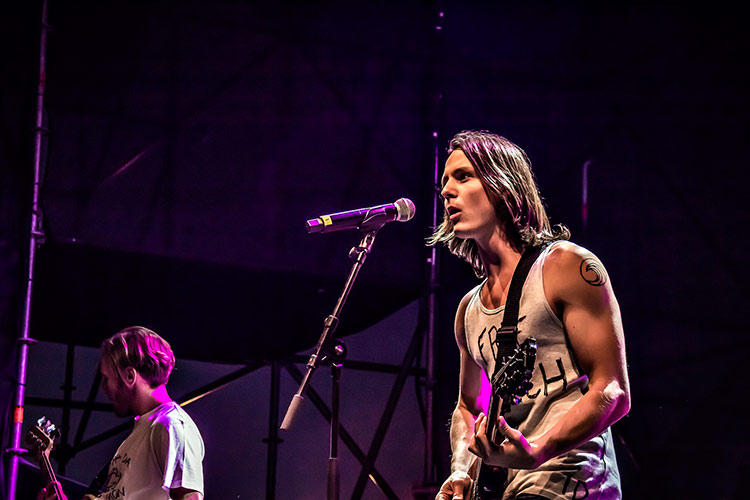 Group songwriting and even including the crowd

True to their easy going nature they are not scared of experimenting during the gigs. To keep things interesting on stage they would jam little interludes in between songs to break the rhythm of the show and out of this they actually managed to write an entire song. They speak of the influence that the crowd has on this manner of songwriting, watching how people respond to different variations and going with what seems to attract the crowd’s attention more. Improvising on the spot like this shows how comfortable the guys are with what they’re doing.